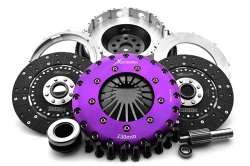 There is always lots of news on the booth of Ozparts, which represents four racing component developers from Australia.

There is always lots of news on the booth of Ozparts, which represents four racing component developers from Australia. Xtreme Clutch will be launching several new kits, including a 230mm sprung organic twin plate upgrade for the Ford Focus RS MK3 and a range of 230mm twin plate upgrades for the BMW E90 M3. Meanwhile, ACL bearings will present its Race Series Engine bearings for 4-, 6- and 8-cylinder applications.

The latest addition to the Turbosmart line-up is the fresh air ALV40 anti-lag valve. By allowing charged fresh air from the turbo to be diverted safely into the exhaust manifold pre-turbo, at small throttle openings, the ALV40 allows the reduction of lag with safe spooling of the turbocharger. This avoids the high engine stresses of late-combustion-event style anti-lag systems. When the valve is active, boost pressure is diverted around the engine (instead of going through it) into the exhaust manifold. Combined with the right fuel and ignition strategies, turbo speed and boost pressure can be maintained. 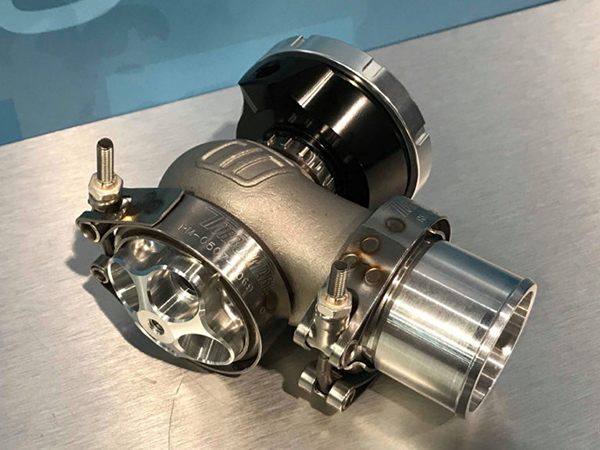 Disc Brakes Australia has developed a new range of brake discs. Thanks to a high percentage of carbon in the steel and DBA’s proprietary ‘Kangaroo Paw’ ventilation system, they provide a high level of structural strength, noise suppression and thermal stability.

Finally, ACL bearings will present its Race Series Engine bearings for 4-, 6- and 8-cylinder applications. They boast a high-strength overlay plate for decreased fatigue, hardened steel backs on all rod bearings to improve lining support and bearing retention, increased eccentricity to compensate for bore distortion at high rpm and to assist in the formation of hydrodynamic oil films, and other features to ensure high-power engines stand up to whatever the race throws at them.